The lecture was given to 9th grade students who major in Geography as part of the Hebrew University’s Asia department’s “High School Project”. At first, the students were asked what do they know about Korea, and the answers were mostly about the political situation with North Korea; Not many knew that their daily-used machines, cellphones and cars are South Korean made, nor did they know that Israel is a consumer of South Korean popular culture. Later, Korea was presented to the students in geographic aspects and its modern history was described – Japanese colonialization, effects of World War II on Korea and late on the Cold war, up until today.

Moreover, the student learned about Korean culture – music, cinema, food, religion, cosmetics, politics, computer games and technology. The students also heard some interesting facts about Korea and were tested in a short quiz, in which every student who answered correctly got to eat the Israeli version of the Korean snack Ppeppero. Lastly, the students watched a few short videos about North and South Korea, Korean popular culture and PC bangs. During the class the students asked many questions, and were given more time to ask question at the end of the lecture. In the end, the students were given Korean landscapes’ bookmarks with their names on it, written in Korean letters.

The students were very interested, they asked mostly about North Korea and their way of living and were very surprised to find out that anyone can study Korean in Israel. In Himelfarb, a religious High school, more focus was given on the connection between Christian Koreans to Israel, and that many Koreans come to Israel to study Talmud and Judaism studies here. 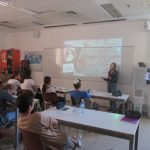 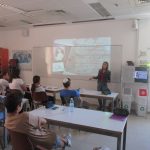 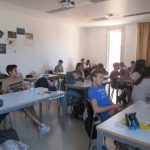 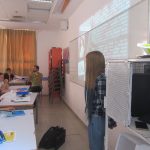 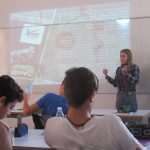 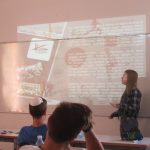 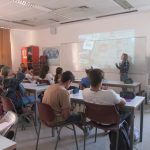 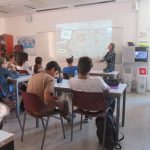 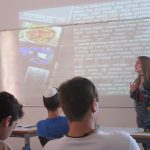 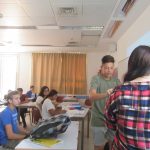 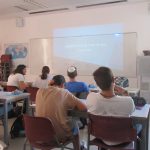 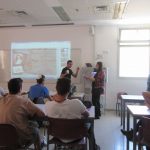 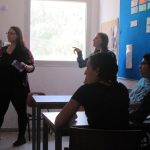 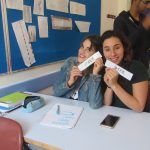 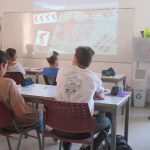 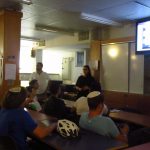 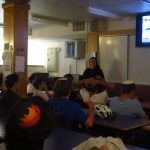 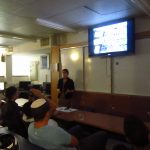 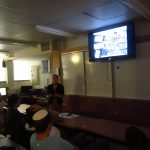 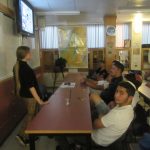 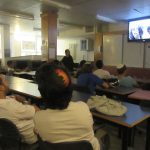 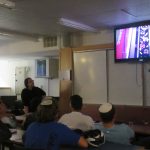 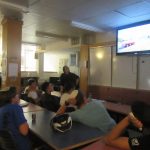